Today, in literature there are many perspectives chosen in several disciplines that have through networks interpreted everyday life or business realities, just as well as biology, natural sciences, computer sciences and so on. Still, no matter how deep you can get in network theories, every attempt in categorizing and generalizing their issues and their investigations dumps into hard difficulties. In a way networks are an intriguing issue, an umbrella concept.

Networking relationships were first emphasised in the 1970s, when studies noted an increase in connections among firms characterised by exchange of information, continuity in relations, and increased commitment, trust, and collaboration. Various terms have been used to describe these voluntary ties among firms and other economic actors, including “heterarchy" and “polycentic structure"; however, the term “network" has now become generally accepted to describe this emerging economic entities.

Studies of network genesis have identified two basic mechanisms in network development: (i) several enterprises that are inherently involved in a common production process deciding to combine their resources and competencies; and/or (ii) a leader enterprise attracting other businesses to join in its activities. In this regard, several authors have taken a particular interest in the so-called “strategic network approach", primarily interested in the creation and management of intentionally-formed network organizations featuring a specific set of actors.

Different approaches have deepened the structure and function of networks. Some have analysed networks in terms of organisational forms – including nodes, connections, and aggregating forces as well as net organizational forms. Others have focused on the governance of networks – deepening issues related to autonomous nodes, central control, the notion of dynamic equilibrium, and the phenomenon of structural variability management. Others have examined network strategies, such as resources sharing and common goal achievement in the attempt to valorise networking and social relationships for competitiveness reinforcement.

Last decades have proved that Customer Relationship Management and one-to-one marketing has not succeeded in business practices due to the narrow focus based on the dyadic relationship between a single supplier and a single customer, hence proposing marketing strategies based upon the acknowledgment that businesses interact one with the other within many-to-many networks. Basically the intriguing suggestion is that no-one can be considered really isolated, starting from individuals and arriving to businesses; in such an interconnected world how could marketers and enterprises elude their network connections attempting strategies unable to capture the power and usefulness of these relationships. Therefore the three key variables of marketing seem to be relationships, networks and interaction according to a Relationship Marketing, which is “interaction in networks of relationships". 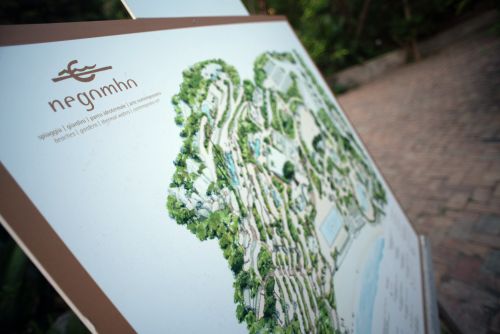 The Viable System Approach (VSA) is a theory linked with network analysis and based on general system theories, or rather on social analysis interpreting business behavior within a dense pattern of interactions in which the firm, being a viable system itself, immerged in a context, is in contact with viable systems and single components. It is, hence, a systemic theory, a methodological approach not only capable of interpreting and directing nowadays business arena, as well as everyday life and decision making processes of organizations, groups and communities, individuals. Indeed, it proposes a new representation of the behavioral approach to business and relative interactions with its context (the theory), and suggests a new interpretation of consolidated and strategic organizational ,and managerial models (the practice).

The “Viable System Approach" is a paradigm proposing a relational view of the firm interacting in its value-creation processes with many actors. This approach seems to be really coherent with value creation processes of new millennium enterprises in which the survival capacities (end goal of the viable enterprise) is function of its value-creation capacities especially for the attention not only to involve internal value creation sources, but also external opportunities through co-operation with other actors linked to technical, cognitive, and relational assets of the context. The result is a complex value-creation process of consonance and competitiveness in which value creation and value diffusion are complementary aspects of the same process of “extended value". The embeddedness of entrepreneurial phenomena in modern society, and the influence they have on the existential conditions of human beings, from the macroscopic effects, such as atmospheric and climatic change, to the microscopic, such as their effect on the economic, psycho-sociological and cultural dynamics of individuals and social groups, may lead to the idea that the study of a reality such as the firm with all its activities and the processes governing its dynamics, cannot be undertaken without a deep understanding of its broader social, cultural, and economic context, home to fundamental elements which condition and permit its evolution. Entrepreneurial phenomena thus appear inevitably tied in with, and dependent on, the vast number of phenomena involved in the development of society and, more generally speaking, the ecosystem as a whole, so only a view of the whole, as complicated or partial as it may seem, can give a better understanding and allow a better assessment of the role of the firm and entrepreneurial behaviour.

Deeper study into the various realities, especially in the scientific field, other than those lying within the range of interests of a firm, makes it possible to highlight and acquire new ideas and knowledge, new methods of investigation, and new models of analysis, which make up an important source of wealth, and give greater value to the observation of enterprise dynamics. Putting together accumulated knowledge coming from seemingly less connected areas is not only opportune, but is a necessity that can no longer be neglected. In fact, for some time now, theoreticians in the economics and management fields have been seeking to apply, with various degrees of success, knowledge, concepts and theoretical models from other scientific contexts (physics, sociology, cognitive psychology, IT, etc.) in an attempt to gain a better understanding of the principles regulating the way firms work, and in particular, the activity of their governments. Nevertheless, the idea of benefiting from results obtained in other disciplines, and in particular physics and biology, can lead the management scholar to transpose models belonging to other sectors in an uncritical way. This risk is particularly great when, in order to observe a specific subject or phenomenon, a systems approach is adopted along with the associated principles of General Systems Theory because of their interdisciplinary nature. This generally due to the use of a metaphorical approach and drawing poorly formulated or forced analogies, can lead to the attribution of connotations to firms, and properties and laws which are proper to other categories of systems, going against all logic and coherence. The result is a confusion of propositions and language, which, while constituting a high level of possible subjective interpretations, impedes rather than aids understanding of the fundamental phenomenon which is the firm.